Remember to put your earphone on or turn on your speaker when watching the video below or you will lose haft of the interesting, big screen recommended:

It’s just 2 more days for the Da Nang International Fireworks Competition (DIFC) and I’m so exciting to give you more details about Danang Fireworks 2015 and how can they turn the firework to a symphony of music and light. Of course I’m not a professional about this one so I tried to collect informations from many sources to give you an overview about this increadible performance of art.

“Billed as the Cannes of firework festivals, Da Nang has quite rightly gained the reputation of being amongst the best in regards to the talent on show over the whole festival. Offering state of the art technology and beautiful standard and of course aquatic pyrotechnics all choreographed to music during a 20 minute show. They will be judged on the effects, timing of the shots, any dark sky moments and of course choreography.” – Epicfireworks

Cost around 2.3 million dollar for the event, DIFC is a 2 years once event since 2013 even it used to be held yearly since 2008. Marking the increadible development from a nothing city to one of the best city in Vietnam, DIFC is just 1 of the newest events of my so young city. There are usually 5 teams in the competition and this year they are:

How do they do that?

To create a fireworks music performance it’s a complex combination between music, eletronic code and calculation of time.

For example, below is a description of Daniel Engber on  Slate.com :

“First, the sponsor of a fireworks show will tell the pyrotechnics company what music they want to use for their display.(Sometimes they let the company decide.) The choreographer then listens to the music several times through to get an idea of which shells to use. Felix Grucci, who does the choreography for one of America’s most prominent fireworks companies, will play the piece six or seven times at high volume before he starts writing out his ideas…..

(Choreography is the art or practice of designing sequences of movements of physical bodies (or their depictions) in which motion, form, or both are specified. Choreography may also refer to the design itself. A choreographer is one who creates choreographies by practicing the art of choreography, a process known as choreographing.  – Wikipedia)

…To time this properly, the choreographer has to know how long it takes for each shell to open up after it’s fired…

…By inserting the size, firing time, and type of each shell into a firing script, a choreographer can lay out a series of effects that unfold at different heights in time to the music….

….A firing script also has to specify where the shells are fired from and at what angle…”

Let’s look at a simple example from BBC 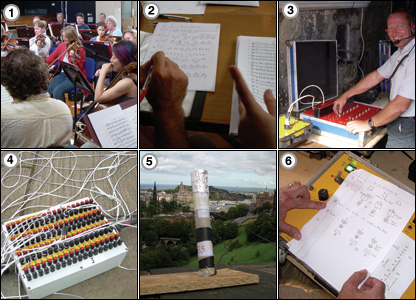 1. The orchestra plays the music
2. In time to the music, a firework code is called by the score reader
3. As the code is called, a “firer” sends an electronic pulse to the distribution box
4. The box directs the pulse to the fireworks denoted by the code
5. The fireworks are ignited
6. The director monitors the timings, communicating to his team any compensatory adjustments
And finally, this is some more video and picture about Danang International Fireworks Competition:
Italy – 2012 Champion

Find out more about my amazing city – Da Nang

Breakfast at the peak of HaiVan Pass

4 everyday crazy things to do in Da Nang

Da Nang in my heart

What are foreigners talking about Da Nang ? Positive and Negative

Walking with the Queen of langurs